The MRV project began in 2010. One of the consumer aims of the original study was to improve access to melanoma tissue for researchers, enable more collaborative research and facilitate faster outcomes for patients. The MRV cohort was founded, using a PhD melanoma patient cohort as a starting point, in the same year. More recently the cohort has also adopted the PeterMac Biomarker cohort of late-stage patients. The total number of MRV participants now exceeds 3,500 and recruitment is ongoing.

In 2010 MRV was primarily interested in early-stage melanoma and recruitment focussed on newly diagnosed stage I and II patients. In mid-2014 the emphasis changed to later stage II and III surgical patients. Over the last decade, the MRV database has matured by adding considerable data regarding recurrences, treatments and patient outcomes. Obtaining follow up information for all MRV patients is an ongoing activity.  MRV can also recruit patients of other stages and as a result, prospective targeted recruitment is possible for approved projects.

Past analyses have shown that the MRV cohort is representative of the Victorian population with 33% of the participants being from rural areas and 67% from metropolitan Melbourne. 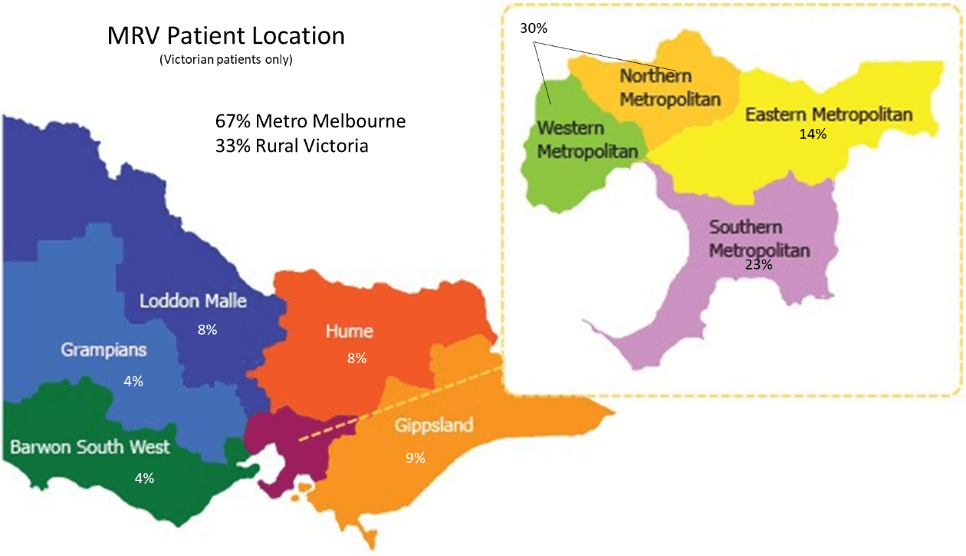